The San Antonio Symphony will dissolve after a labour dispute canceled much of the 2021-22 season, the NY Times reports. San Antonio, with a population of 1.5 million, will be the largest US city without a professional symphony orchestra.

Musicians and the board of directors issued statements on their respective websites.

Canadian orchestras and people in the news Windsor Symphony music director Robert Franz has been battling Stage 4 cancer for much of the past season. The Windsor Star talked with Franz about how he learned the diagnosis, the latest (positive) developments, and how he is coping. (Photo: DAX MELMER/Windsor Star)

The Edmonton Symphony announced its 2022-23 season and the appointment of Artistic Advisor Michael Stern, the Edmonton Journal reports. Stern, the music director of the Kansas City Symphony, will not replace outgoing music director Alexander Prior, but will help guide the organization through a “reboot” and a search for a new music director. The season kicks off with the return of Symphony Under the Sky in September.

Orchestre Métropolitain will resume its summer concerts throughout Montreal, a tradition that spans 40 years, Journal Métro reports (in French).

The Montreal Symphony will open its 2022-23 season, its first season under music director Rafael Payare, with Mahler’s First Symphony. The Montreal Gazette reported on the new season and spoke with Payare about what’s to come.

The Calgary Philharmonic’s 2022-23 season offers “salve for the soul”, the Calgary Herald notes. The new season will open with Beethoven’s 9th and feature a full lineup of guests and special events.

Season preview articles (and these news compilations) tend to risk information overload; The Coast aims for just the essentials in highlighting four Symphony Nova Scotia concerts not to miss.

Music director Gemma New will conduct the Hamilton Philharmonic’s season-finale concerts next weekend, after conducting only one in-person HPO concert so far this season, the Spectator reports.

Toronto Star columnist William Littler wrote about the Vancouver Symphony’s music school, part of its mission to educate the young.

The New York Philharmonic will open the renovated David Geffen Hall this fall, and has announced the appointment of Gary Ginstling as president and CEO, the NY Times reports. Ginstling, who most recently served the same role at National Symphony, will take over for Deborah Borda.

For the first time in 40 years, an Israeli orchestra performed in Egypt, The Times of Israel reports. The orchestra, Firqat Alnoor, specializes in Arabic and Mediterranean music, with a mission to promote music shared by Jewish and Muslim cultures. They performed traditional Egyptian music on the tour.

The Nashville African American Wind Symphony, which presented its inaugural concert this month, is comprised of all African American performers. WPLN spoke with musicians behind the initiative about how to make classical spaces more diverse. The Boston Symphony canceled an European tour in May due to pandemic concerns, the New York Times reported. The Metropolitan Opera Orchestra also recently canceled a tour of Japan and South Korea planned for June.

BBC News reported that an orchestra of Ukrainian refugees, the Ukrainian Freedom Orchestra, will be part of the 2022 BBC Proms line-up, appearing on July 31st.

The Regina Symphony presented its annual Forward Currents Festival this past weekend, dedicated this year to celebrating queer artists, the Leader-Post reported.

And CBC News reported on a collaboration between the Montreal Symphony and Montreal Planetarium, designed for our very youngest audience members: babies.

The Vancouver Symphony announced its 2022-23 season, the Sun reports. A new series, Our Planet, will highlight artists and music with an environmental focus.

Orchestre Métropolitain is devoting much of its new season to lifting up underrepresented voice, the Montreal Gazette reports. Ludwig Van also posted a preview of OM’s 2022-23 season in French.

People in the news

We mourned the tragic loss of maestro Boris Brott, hit by a motorist while walking in downtown Hamilton on April 5th. Among the coverage:

Toronto Star columnist William Littler looked back at the Toronto Symphony’s recent music directors, on the occasion of a concert featuring five of them.

Saskatoon Symphony music director Eric Paetkau is leaving after seven seasons. He spoke with CTV News about his time with the SSO, and new projects. 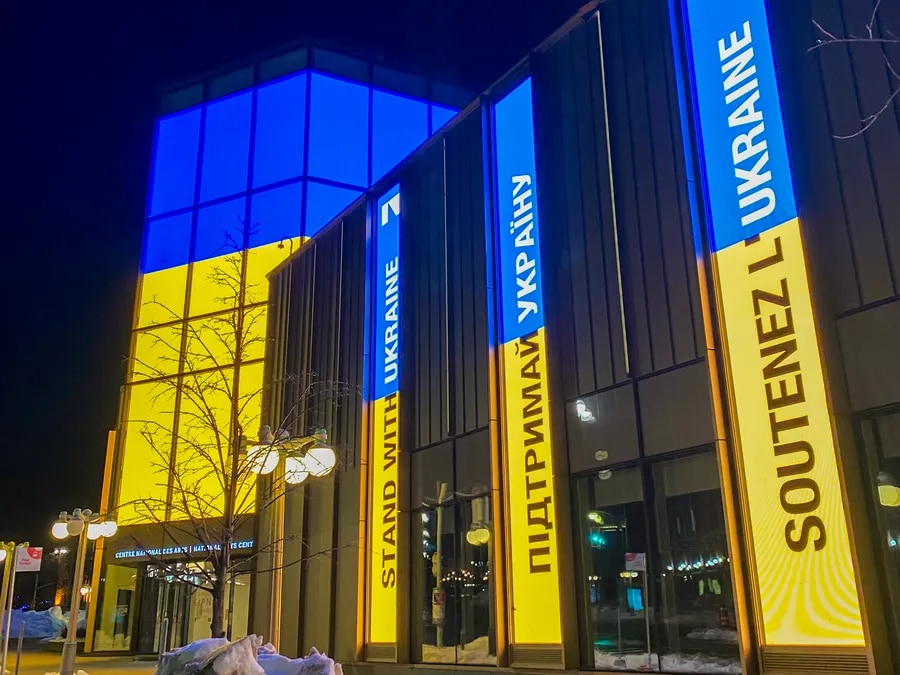 Artists and institutions respond to war in Ukraine

Classical music institutions worldwide are expressing support for the Ukrainian people, including the National Arts Centre in Ottawa (photo: Handout) wrapping its glass tower in blue and yellow, the Globe and Mail reports. For Dutch-Canadian conductor Arthur Arnold, the decision to resign as music director of the Moscow Symphony Orchestra felt fraught but inevitable.

A report from UNESCO confirmed that digital distribution models are failing to adequately pay artists, continuing trends from before the pandemic, the Globe and Mail reports.

And as venues reopen in Quebec and across Canada, many expect a long recovery for live performing arts venues, the Globe and Mail reports. 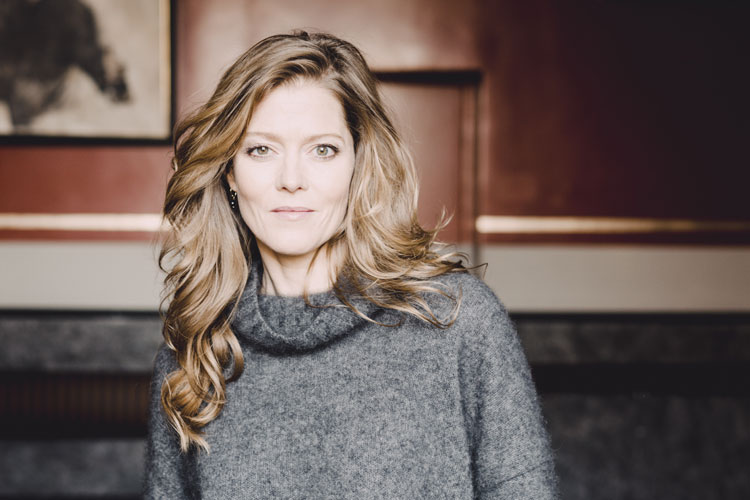 The Hamilton Spectator profiled Jean Norman Iadeluca, who this year celebrates his 50th season as principal timpanist with the Hamilton Philharmonic.

The New York Times profiled German conductor Michael Gielen, who died in 2019, on the occasion of a major career retrospective.

And Yannick Nézet-Séguin sat for a recent interview with Tom Power on CBC’s Q, moments after a rehearsal with the Philadelphia Orchestra.

A San Antonio Symphony mediation session was held in mid-February, but the outcome remains unclear, Texas Public Radio reports. Music Director Emeritus Sebastian Lang-Lessing spoke with TPR about the impasse and the need for the wider community to step up support for the arts.

San Antonio Symphony musicians will perform independently in March, their first concerts as a full orchestra since the strike began in September, the San Antonio Report notes.

Musicians of the Springfield (Massachusetts) Symphony are also performing in March despite a long-running contract dispute, MassLive reports. A National Labor Relations Board settlement last month ordered the SSO to pay musicians back wages and stage two concerts.

This month the Kitchener Waterloo Symphony played its first live concert since March 2020 – 706 days ago – and The Record columnist Luisa D’Amato captured the emotional scene.

The Calgary Philharmonic announced its spring season, including a show with Bernadette Peters, previewed in the Calgary Herald.

CBS News reported on Me2/Orchestra, an ensemble founded by conductor Ronald Braunstein to support those with mental illness and counter associated stigmas.

On the occasion of its 40th anniversary, Orchestre Métropolitain produced an online documentary. La Presse reviewed the film (in French), available on the OM website. 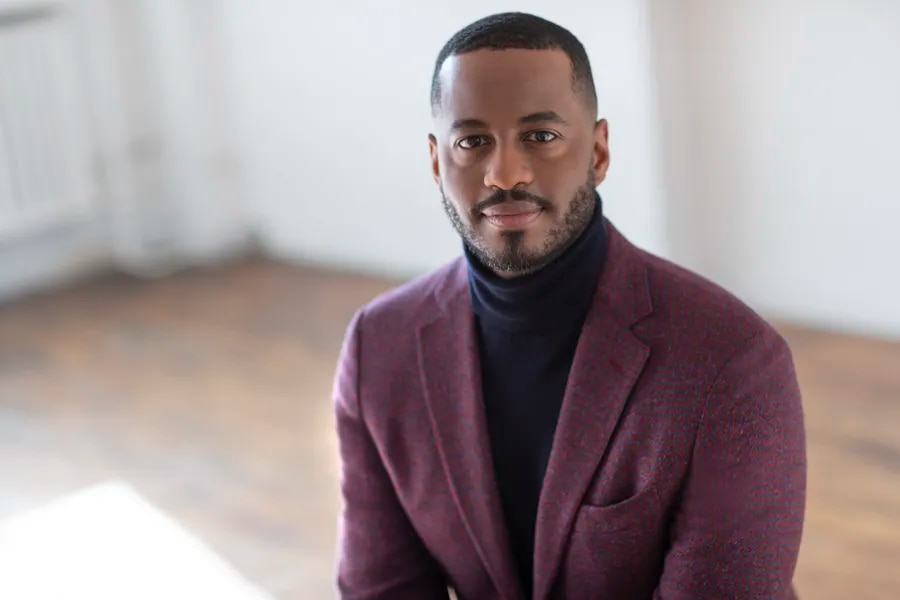 Protests in Ottawa extended into a fifth day, disrupting many businesses and causing concern about when and how the demonstrations will end, CBC News reports.

While Ontario has lifted some restrictions, concert presenters still face complications and uncertainties, the Globe and Mail reports. While cinemas, casinos, and restaurants are returning to full capacity later this month, the province will maintain a 50% capacity limit on live arts events through at least mid-March.

The Globe and Mail’s daily news podcast, The Decibel, featured an interview with Taylor about the pandemic’s devastating impact on the arts, lingering uncertainties, and the prospect for a comeback. The audio story is available through various podcast apps, and at the Globe and Mail website. 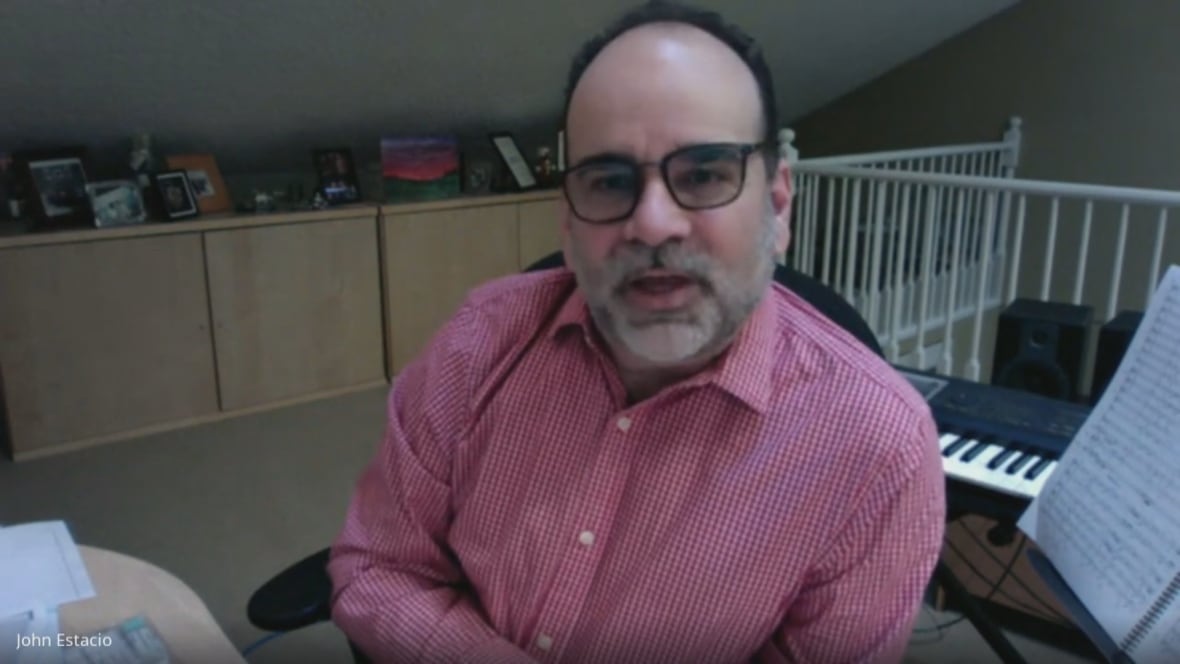 Read on for coverage of labour disputes in San Antonio and Springfield; a wave of Omicron cancellations; opinions and people in the news, including composer and Order of Canada recipient John Estacio. (Photo: CBC News)

The New York Times reported on the pandemic struggles of orchestras with ‘underlying conditions’, focusing on the San Antonio Symphony and Springfield (Massachusetts) Symphony Orchestra, both of which remain in contentious labour disputes.

As the San Antonio Symphony strike continues, some musicians have found work or relocated to other cities, according to San Antonio News Report. For those with deeper roots in San Antonio, the decision to leave is more fraught. Read on for coverage of pandemic responses, Nutcracker productions, and other issues and people in the news. (Photo: Karolina Kuras/National Ballet of Canada)

Orchestras and Issues in the News

Both Ontario and Quebec are re-imposing capacity limits, gathering restrictions, and considering further “circuit breaker” measures in response to the spiking Omicron variant, the Globe and Mail reports. Arts leaders in Ontario are urging policy makers to maintain capacity levels and restrict food and drink sales, the Toronto Star reports. 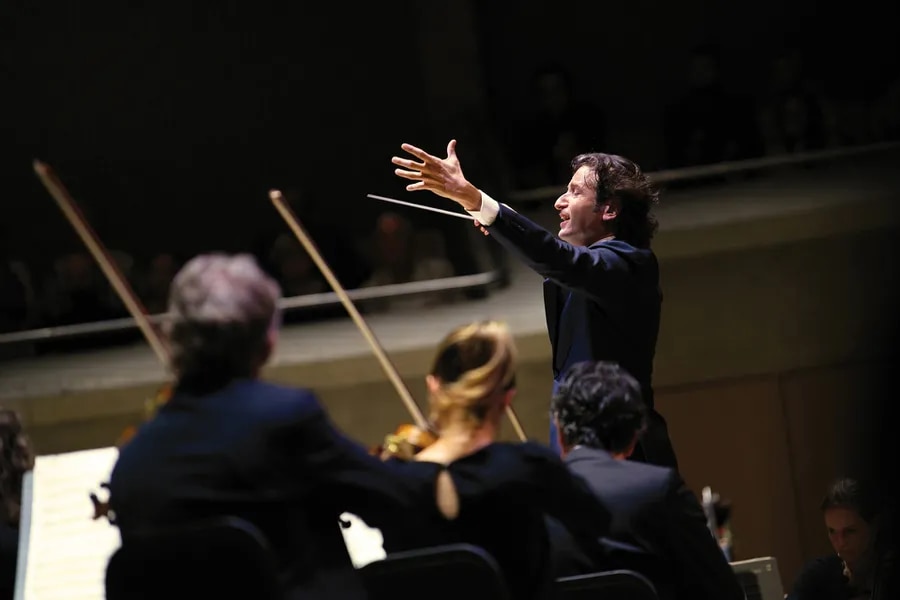 Returns to the stage

The Globe and Mail posted a feature by Ontario Arts & Culture Report, interviewing several arts leaders about their experience of the lockdown and how they felt returning to live events, including new TSO music director Gustavo Gimeno and Shaw Festival director Kate Hennig.

Several orchestras in Quebec have faced venue difficulties and public reluctance, Le Devoir reports (in French). The Montreal Symphony canceled repeat performances of three upcoming concerts in response to lagging ticket sales. The OSQ, OM, and Les Violons du Ruy are experimenting with holiday promotions, amid concerns that many audience members are waiting to buy tickets at the last minute.

New Yorker critic Alex Ross reviewed the Metropolitan Opera's new production of Terence Blanchard’s Fire Shut Up In My Bones, a revival of Mussourgsky’s Boris Godunov, and a “wild ovation” for the return of the Met Orchestra, chorus, stage hands, and other employees after an extended furlough.

The Calgary Philharmonic announced its concert schedule for the winter season after a successful return to live performances in the fall, the Calgary Herald reported.

Since September 27, musicians of the San Antonio Symphony have been on strike. The SAS Society declared an impasse on September 26, imposing a final offer that cut the orchestra's core size from 72 to 42 musicians. (Source: SA Current) Read on for coverage of the dispute, and other stories and people in the news.

New seasons launch amidst a federal election and 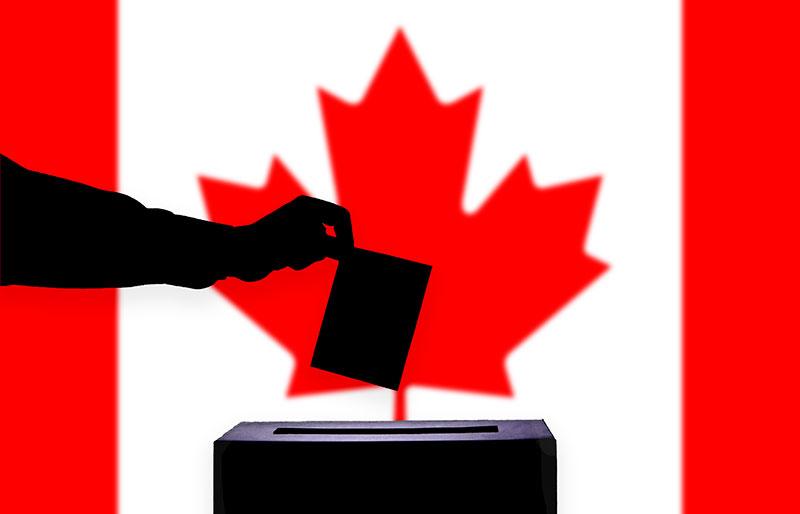 The Canadian Arts Coalition compiled arts and culture platforms from five parties, together with a CPAC debate on challenges facing the cultural sector. The debate is viewable in the original French, and in English translation.

The Toronto Symphony announced that CEO Matthew Loden will resign as of Sept. 22, Ludwig Van reports. Loden joined the TSO in 2018, and will return to Texas as Dean of the Shepherd School at Rice University.

The Montreal Gazette reported that the Orchestre Symphonique de Montreal's new music director, Rafael Payare, tested positive for COVID-19 in mid-August, as did his wife, cellist Alisa Weilerstein. Both were vaccinated and had minimal symptoms.